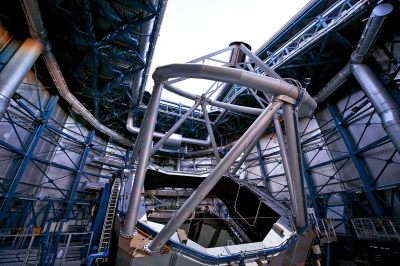 The exceptional circumstances imposed by the Covid-19 pandemic led to the suspension of science operations at the La Silla and Paranal observatories, as well as at the APEX telescope, since the end of March. ESO has been closely monitoring the constraints imposed by the pandemic in Chile and has developed plans for a safe and progressive resumption of science operations at the observatories as soon as circumstances allow. Following a detailed assessment of the current situation and the logistic, technical, and safety constraints, as well as the capacity to guarantee the compliance with all measures needed to protect the health of its staff at all times, ESO is re-establishing a minimum level of science operations at the observatory sites. In addition, Director's Discretionary Time proposals can now be submitted again for the FORS2 and UVES instruments at the VLT.

Under the minimal science operations scheme, the following activities are being resumed:

The ramp-up to minimal science operations started on 9 September at Paranal and APEX. Science observations have resumed with UVES at UT2 on 13 September, and with FORS2 at UT1 on 18 September. The observations are selected from the backlog accumulated during the past months. At APEX the ramp-up is also going according to plan and the restart of scientific observations is imminent. It is not yet possible to provide an estimated ramp-up date for La Silla, which remains in safe mode for the time being. At La Silla minimal science operations will be restricted to the NTT with EFOSC2, in designated Visitor Mode. The possibility of adding HARPS at the 3.6m telescope is still under consideration.

In addition, Director's Discretionary Time (DDT) Proposals can be submitted again as of Monday 21 September at 12:00 CET. The criteria that proposals must fulfill in order to be eligible for the allocation of Director's discretionary time can be found here.

ESO will continue to closely follow all the developments influencing its ability to proceed with the planned resumption of minimal science operations and eventual further expansion to include more instruments and telescopes, and it will revert back to the present safe mode if health and safety considerations so dictate. On Paranal, the next instruments to be added to minimal operations in the course of October are foreseen to be X-Shooter at UT3 and MUSE without AO at UT4.”

For the latest news on the status of the observatory please consult the La Silla Paranal Observatory News webpage. Further inquiries on this matter can be addressed to the ESO User Support Department.