This page contains information about the May 2004 calculation of the atmospheric extinction coefficients. About 20 standard stars from the list of LCO (Persson et al. 1998) were observed during the nights of Apr 30 and May 1, 2004, spanning sec(z) from 1 to nearly 4. The measurements were done with the aperture photometry package apphot in IRAF. The linear fits take into account the errors along the Y-axis.

The preliminary analysis indicates that the atmospheric extinction coefficients for J, H and Ks, resp., are 0.07, 0.02, and 0.05, resp., with uncertainties of 0.02, 0.01, and 0.01. There are no notable color terms for the H and Ks bands. However, there is indication for some color dependence in the J band. The narrow color range of the observed standards doesn't allow us to obtain a more definitive answer. 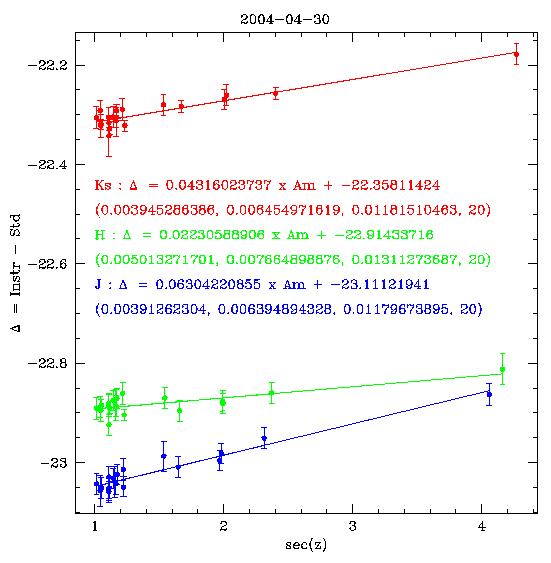 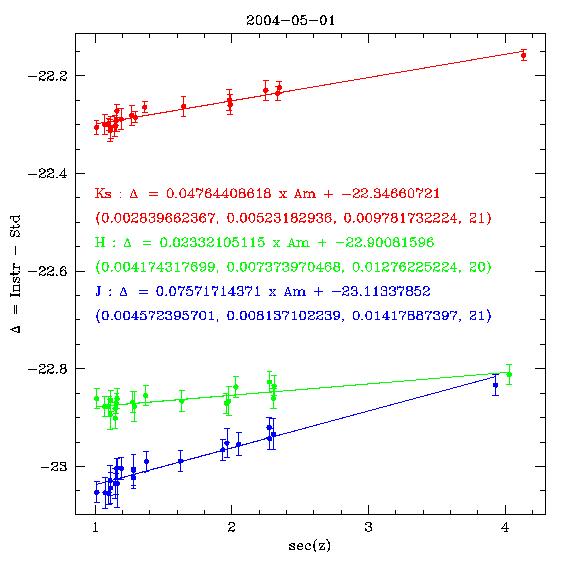