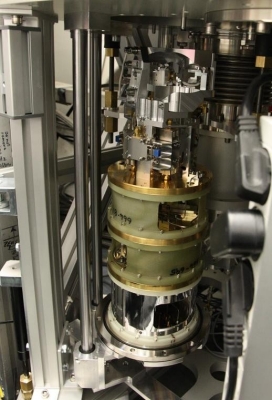 A new Band 9 receiver was installed inside the Swedish ESO PI receiver for Apex (SEPIA) at APEX in early February. This receiver, built by NOVA, is a copy of the ALMA Band 9 receiver, and covers frequencies from 600 to 722 GHz. After on-sky commissioning in late March, Science Verification (SV) observations are planned. Ideas for SV, which will allow testing of a large variety of observing modes for this new receiver, are encouraged. The Call for Proposals for SEPIA Band 9 SV can be found here and the deadline is 12:00 CET, Friday 11 March 2016.