Revolution in Astronomy with ALMA - The 3rd Year - 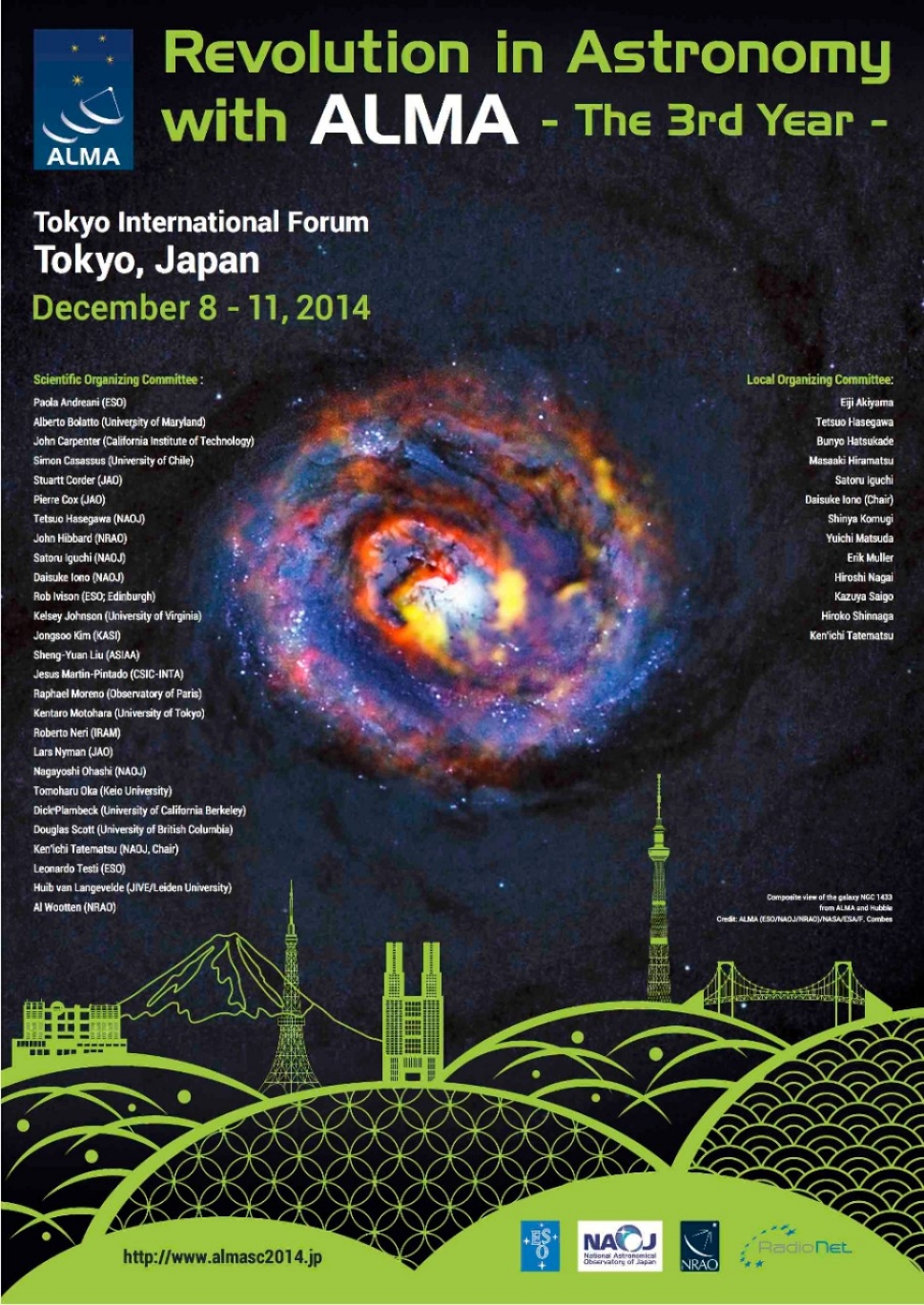 The Atacama Large Millimeter/submillimeter Array (ALMA) has been producing a growing number of impressive and transformational science results as the most powerful mm/submm interferometer in the world. Held in central Tokyo, the aim of this workshop is to highlight the science results from ALMA obtained during the first three years of science operations. The science topics include all fields of astronomy: cosmology and galaxies in the distant Universe; nearby galaxies and the Galactic Centre; the interstellar medium and star formation in our own Galaxy; astrochemistry, circumstellar disks, exoplanets and the Solar System; stellar evolution and solar physics; and fundamental physics.

This four day workshop will feature invited and contributed talks, poster sessions and an optional full day excursion. Young researchers and students are particularly encouraged to attend the meeting. Registration will open in early May and more details are available from the conference website.