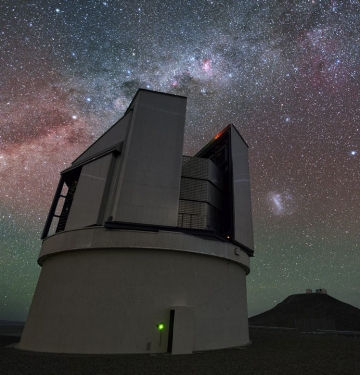 Following a recommendation by ESO's Scientific and Technical Committee (STC), a call for Letters of Intent for new Public Surveys with VIRCAM mounted on VISTA has been released. A Public Survey is understood as an observing programme in which the investigators commit to produce and make publicly available, within a defined time, a fully reduced and scientifically usable dataset that is likely to answer one or more major scientific questions, be of general use and broad interest to the astronomical community.

This call concerns time allocations starting during Period 98 (October 2016). The available time for the surveys is limited to approximately three years, due to the arrival of 4MOST at VISTA. More information is available in PDF. The deadline for the Letters of Intent is 15 October 2015, 12:00 CEST.