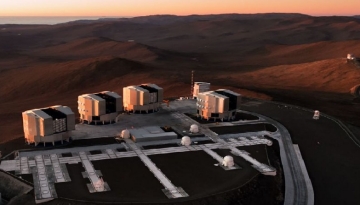 The requested nights are broken down as 1560, 562 and 90 at Paranal, La Silla and APEX respectively, including 95 nights for the two survey telescopes (VISTA and VST). The most requested instrument was HARPS on the ESO 3.6m, with 259 nights; on the VLT X-shooter and MUSE were the most requested instruments (221 and 220 nights respectively), closely followed by FORS2 with 215 nights. The percentages of submitted proposals across science categories were: Cosmology 19%; Galaxies & Galactic Nuclei 20%; ISM, Star Formation & Planetary Systems 30%; Stellar Evolution 31%.

The proposals will be reviewed by the Observing Programmes Committee, which meets in November. Proposers will be informed of the outcome of the review process in mid-December.