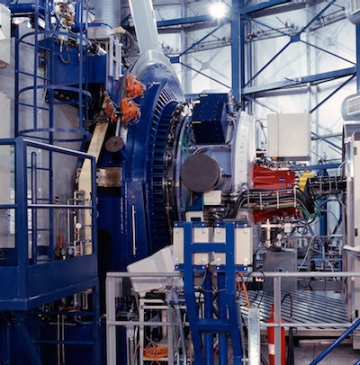 The detection of the gravitational wave source GW170817 by the LIGO-VIRGO observatory network on 17 August 2017 has resulted in one of the largest Target of Opportunity campaigns at ESO (see announcement). This new data release adds reduced NACO images in the L' filter, centred at 3.80 microns, to the previously released VISIR reduced frames and finds no detection of the gravitational wave source within the derived sensitivity limits.

The current release includes the reduced data, images and noise maps from the five nights in which the nearby galaxy NGC 4993 was detected. There are also four additional datasets, obtained by stacking the nights with the goal of increasing the sensitivity. Data can be queried and downloaded using the Phase 3 generic query form (Programme ID 60.A-9392(A); Principal Investigator: A. Kaufer). More details about the release can be found in the accompanying documentation.