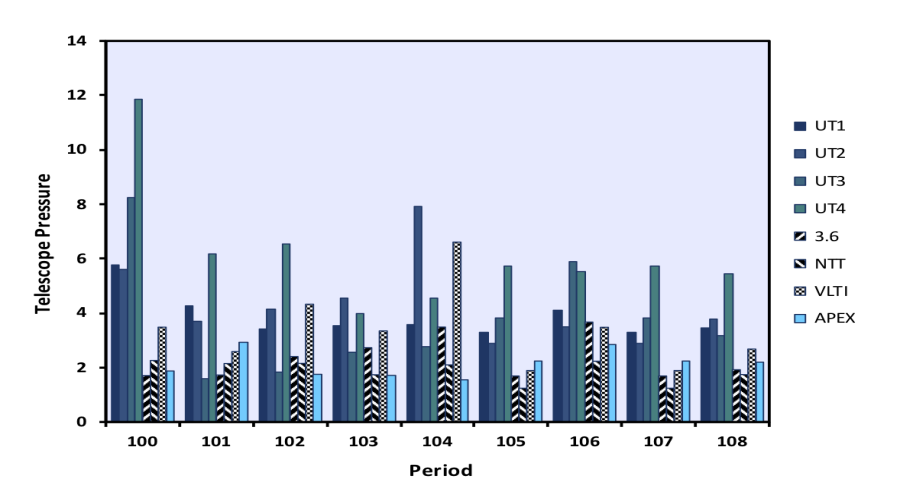 Figure 1: Telescope pressure over the past 5 years. This figure shows the ratio of the amount of requested time to the amount of allocated time (pressure) for each telescope. 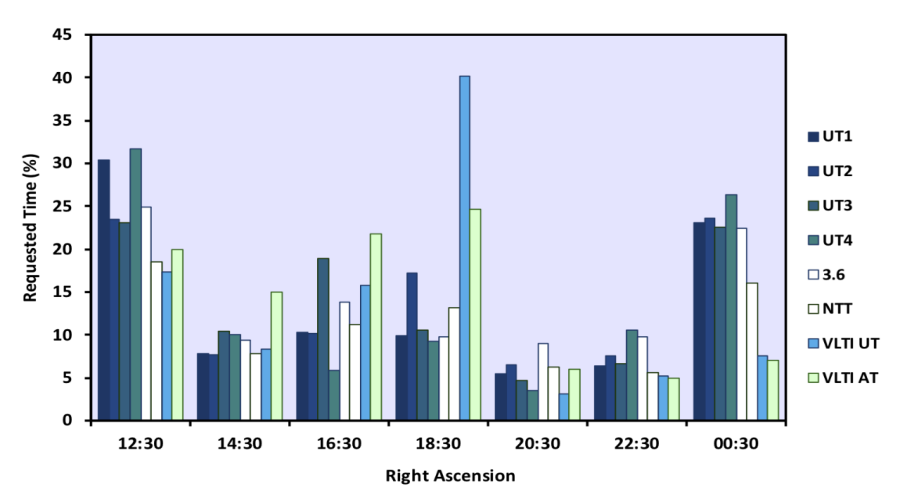 Figure 2: Prediction of the demand according to the RA distribution during the current period based on requests from the corresponding periods over the last five years. For each telescope this is calculated as (100*TimeRA)/(TimeTotal). The first and last bins also include the requested targets with RAs earlier and later than the nominal RA range corresponding to the period. Note that requesting time for targets with visibility outside the current period can drastically reduce the chances of the run being scheduled.

The distribution of the demand in Right Ascension (RA) is far from uniform throughout the year (see Figs. 1 and 2),  and the probability that an OPC recommended run is successfully scheduled and completed depends on this pressure. Proposers are encouraged to read the article by Alves & Lombardi (2004, The ESO Messenger, 115, 15) on the sky distribution of VLT observations. In order to optimize the chances of time allocation, and to maximize the scientific return of the Observatory, proposers should be aware that choosing targets at certain RAs can have an enormous impact on the probability of successful scheduling and completion of their runs.

For the telescope scheduler, favourite sky regions are defined by a higher demand for observation time, i.e. increased competition for specific Right Ascensions.  For example, there are only a limited number of photometric dark nights in March and April in even and odd periods respectively; on average 10 times less than the total requested by observers. A direct consequence of this is that only the top OPC ranked runs make it to the telescopes during these periods.

On the other hand, the opposite is true for August (RA~20:30) and January (RA~08:30); the time request for targets in the corresponding RA ranges tends to be relatively low, allowing a significantly higher fraction of runs applying for time at this RA to be scheduled (if considered useful by the OPC).

Based on the time request for all the ESO telescopes in the last five years, one can make an educated guess of the RA demand expected during the current period. Proposers should take advantage of this information in choosing targets to maximize the probability of the allocation of time and successful execution of their runs (see Fig. 2).  Proposers should also consider the time expected to be allocated in the period to ongoing Large Programmes (see Figure 3 below).

Proposals for the APEX telescope should avoid the RA range between 7h and 13h, unless the required PWV is larger than 3mm. 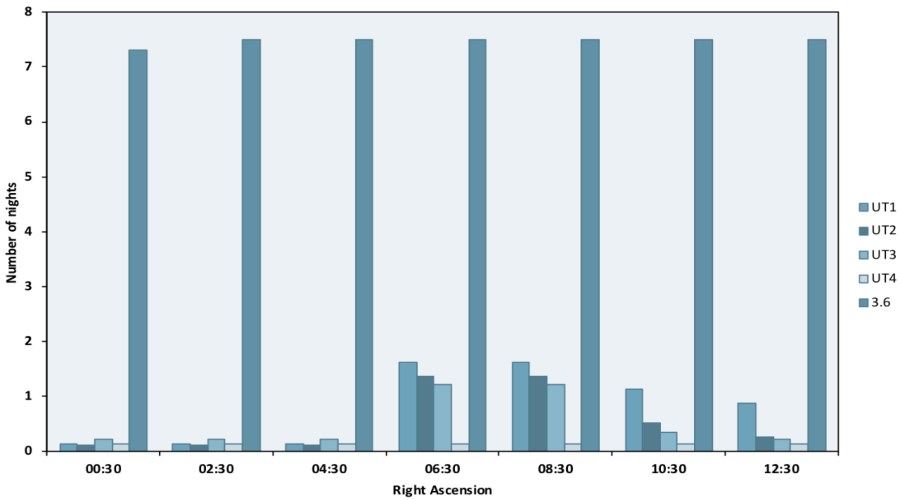