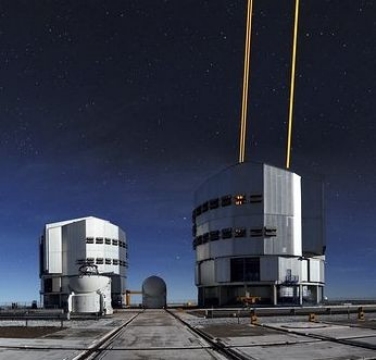 The 99th Observing Programmes Committee (OPC) met on 15–17 November 2016. A total of 1044 (10-hour equivalent) nights of Visitor Mode and Service Mode observations were allocated on the VLT/VLTI, VISTA, VST, the 3.6-metre and NTT and APEX telescopes. Of these, 193 nights were allocated to filler programmes. The submission deadline for Phase 2 Service Mode observations is 9 February 2017, see announcement.

On the VLT, the balance between Visitor and Service Mode in P99 was 35% and 65% (fillers excluded). Public Spectroscopic Surveys, and new and ongoing Large Programmes, on the VLT occupy 16.8% of the allocation, while the equivalent numbers on the 3.6-metre and NTT are 41.6% and 29.0%, respectively. GRAVITY with the four Unit Telescopes (UTs) was offered for the first time in P99; a total of 11.6 nights were allocated to this instrument per UT.
The outcome of the time allocation was communicated to the Principal Investigators of the 883 proposals submitted for Period 99 on Thursday, 22 December 2016.