A VLT Unit Telescope and the Moon 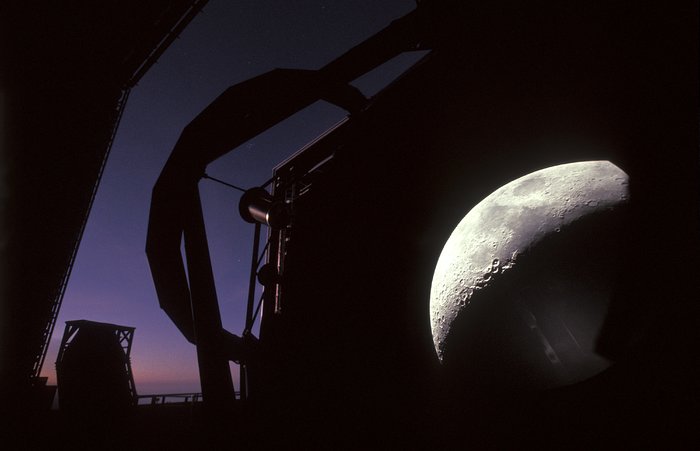 The Moon is normally much too large and bright to be a target for the 8.2-metre Unit Telescopes (UTs) that make up ESO’s Very Large Telescope, whose sheer power is best reserved for much fainter and much more distant astronomical objects, such as exoplanets or exploding stars located at the edge of the visible Universe. But back in 2002, one of the UTs was not yet equipped with an instrument at one of its Nasmyth platforms (located on the side of the telescope), and astronomers and engineers could have an unusual view of our natural satellite. In this case, the Moon's image was projected onto a sandblasted glass plate. Since then, the Very Large Telescope has been equipped with no less than 14 instruments, including three for interferometry, making it truly the world’s most advanced observatory.