Ring-shaped nebula around SN 1987A 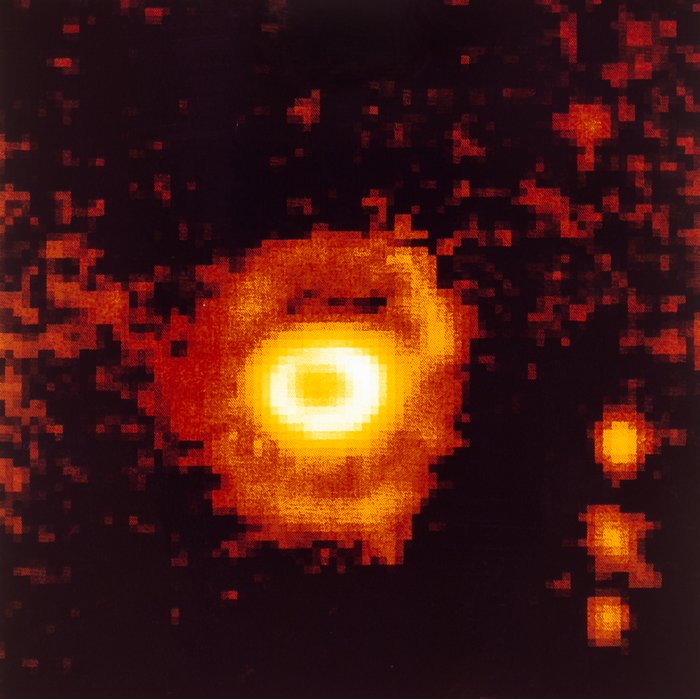 High resolution NTT image of supernova SN 1987A taken from La Silla Observatory in December 1993. Seven years after the explosion of SN 1987A, the observations indicate the beginning of a more active phase while the interaction between the stellar material which was ejected during the explosion and the surrounding ring-shaped nebulae has started. SN 1987A is one of the most studied objects in modern astronomy and ESO telescopes have been observing it since its first detection, in February 1987.