ESO’s facilities in Chile merged into an imaginary landscape 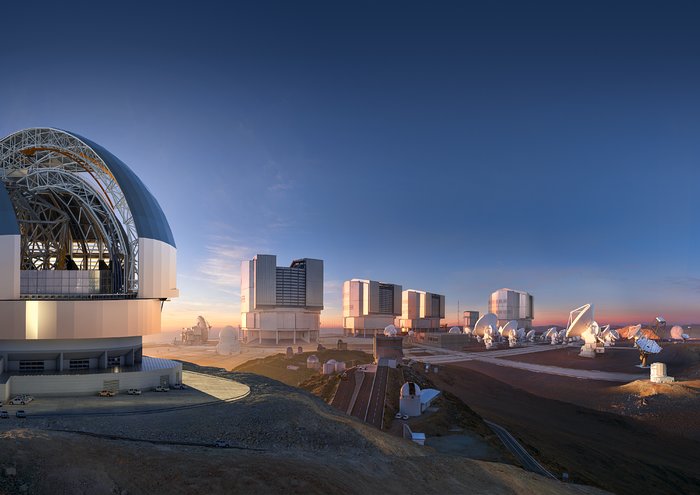 This collage shows ESO’s facilities in Chile from the La Silla and Paranal Observatories, merged into a single imaginary landscape. The forthcoming Extremely Large Telescope can be seen on the left, housing its giant 39-metre primary mirror; the 8.2-metre Unit Telescopes of ESO's Very Large Telescope are in the middle; and several of ALMA's 66 high precision antennas are on the right, along with antennas from the upcoming Cherenkov Telescope Array. A variety of other facilities from both sites are scattered between these giants. This image was produced for the Reaching New Heights in Astronomy 2017 conference, celebrating ESO's achievements and perspectives from 10 years of Tim de Zeeuw was Director General.