Get the hex dance 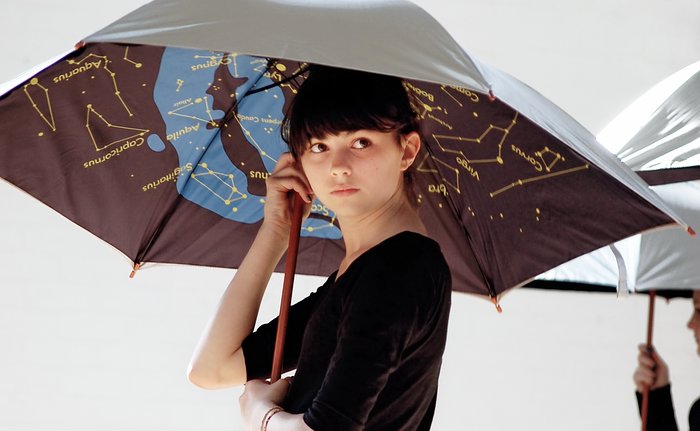 Anna Butchert, a student at The Royal High School in Edinburgh, with a silver hexagonal umbrella as part of a dance video portraying the giant 40-metre-class mirror on the proposed European Extremely Large Telescope. The dance is featured in “Designing a Giant Eye on the Sky”, an exhibit at the Royal Society’s Summer Science Exhibition, part of See Further: The Festival of Science + Arts at the Southbank Centre in London. The film project involves students from The Royal High School in Edinburgh working with filmmaker and dance choreographer team Craig and Joanne Thomson to create a piece representing the science behind the mirror in the giant telescope.