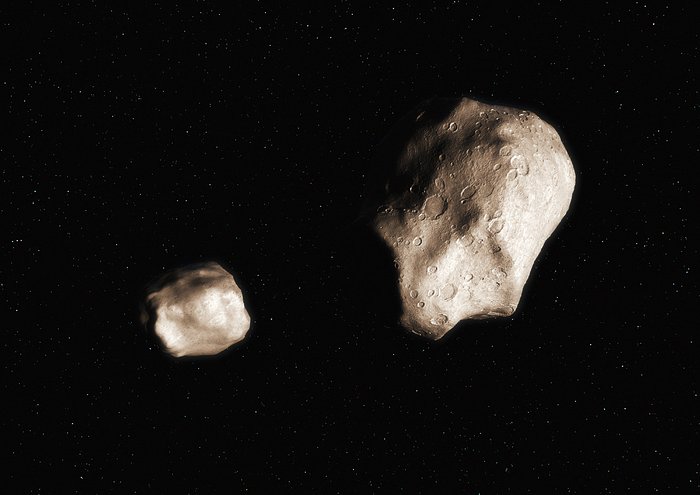 This artist’s impression shows an asteroid that has split up to due to rotational fission and become a binary. New work shows that such binaries will break apart and form two separate asteroids on similar, but independent, orbits around the Sun if the larger piece is more than five times as massive as the smaller.