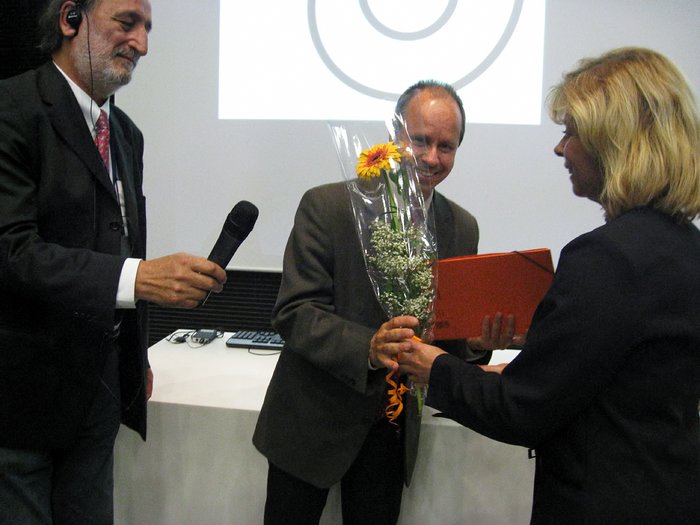 The movie Eyes on the Skies – 400 Years of Telescopic Discovery, initiated as part of the International Year of Astronomy 2009, has received the International Association for Media in Science’s Award at the TechFilm 2010 Festival. The award ceremony took place on 16 September 2010 at the National Technical Library in Prague.

Here ESO’s representative Pavel Suchan from The Astronomical Institute of the Academy of Sciences of the Czech Republic is seen receiving the award in Prague.