ESO was awarded with the highest Engineering Prize in Chile 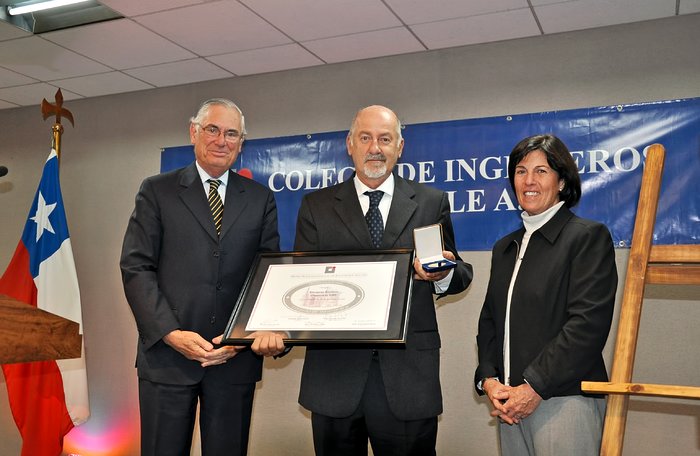 The Chilean Engineers Association awarded the National Prize 2011 to the European Southern Observatory (ESO), in the category of institutions, for its valuable contribution to engineering development in Chile. In the category of professional of the year, the prize was awarded to the Chilean engineer Santiago Arias Soto, a global expert on seismic structural design.

In the picture, the ESO Representative in Chile, Massimo Tarenghi (centre), receives a medal and a diploma on behalf of ESO from the President of Engineers Association, Fernando Agüero (left), and the National Council member María Isabel Infante, during a ceremony held on 11 October 2011.