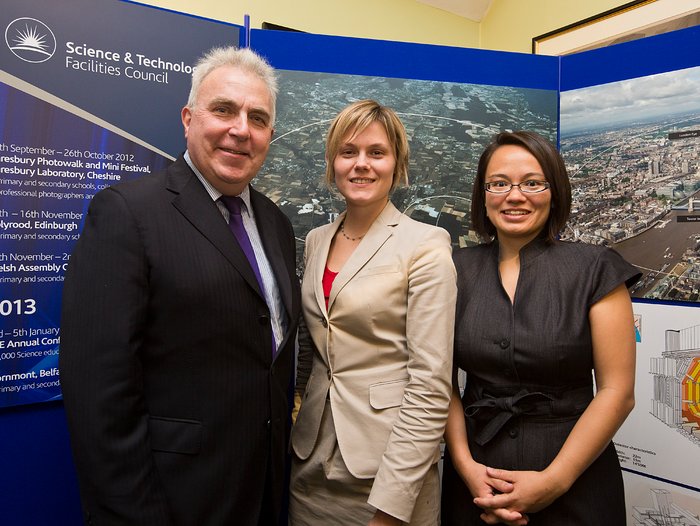 Winners of the first European Astronomy Journalism Prize, designed to help inspire the next generation of researchers, at a reception in the House of Commons. From left to right: Robin McKie, who won the first runner-up prize for his article “Hunting ripples in the fabric of space”, published in the Discover Physics section of the printed edition of The Observer; Katia Moskvitch, who won the first prize for her article “Red-hot Chile peepers: How to make a very large telescope”, published online in the technology news section of the BBC website; Maggie McKee, who won the second runner-up prize for her article “Transit Fans”, published in the printed version of the weekly magazine New Scientist, as well as on NewScientist.com.