Award ceremony at a reception in the House of Commons, UK 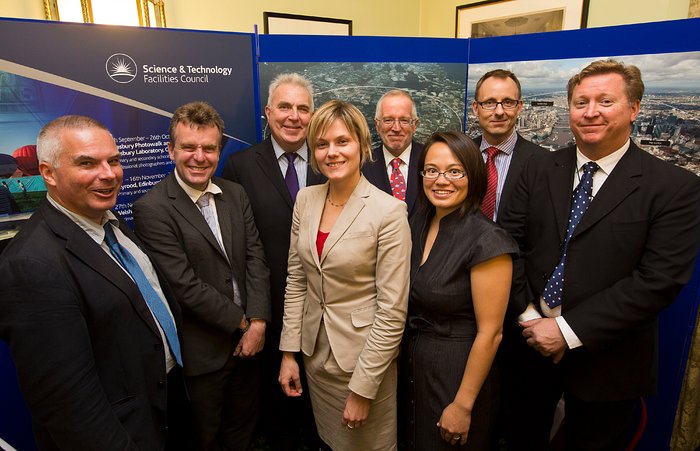 The winner of the first European Astronomy Journalism Prize, designed to help inspire the next generation of researchers was announced at a reception in the House of Commons. Katia Moskvitch from the BBC (centre) was announced as the winner and awarded a trip to Chile, by a panel of judges representing the European Southern Observatory (ESO, Lars Lindberg Christensen second from right), the Science and Technology Facilities Council (STFC, Terry O'Connor, far right), who ran the competition, together with the Royal Astronomical Society (RAS, Robert Massey, second from left) and the Association of British Science Writers (ABSW, Martin Ince, fourth from right). Robin McKie, who won the first runner-up prize is seen third from left, and Maggie McKee, who won the second runner-up prize, is third from right. Also seen is the STFC Chief Executive Officer John Womersley (far left).

More details about the competition can be found here.