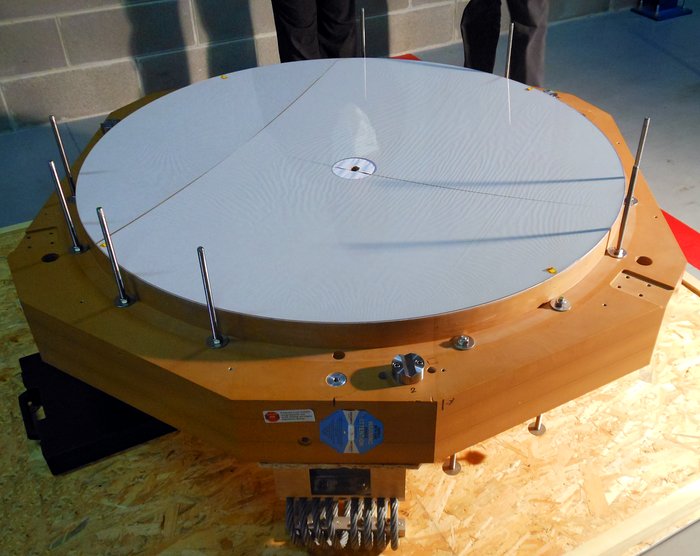 A second shell mirror of remarkable quality has been delivered to ESO by Safran–Reosc. This is an improved version of an earlier shell mirror delivered in late 2011. Both mirrors are a mere 2 millimetres thin but 1.12 metres in diameter, and will be crucial for the upgrade of Unit Telescope 4 of ESO’s Very Large Telescope (VLT) to a fully adaptive system. A thin shell mirror is deformed several thousand times per second to compensate for turbulence in the Earth’s atmosphere. The result is a much sharper image, allowing astronomers to study the Universe in greater detail than possible before.