Winners of the 2016 European Union Contest for Young Scientists announced 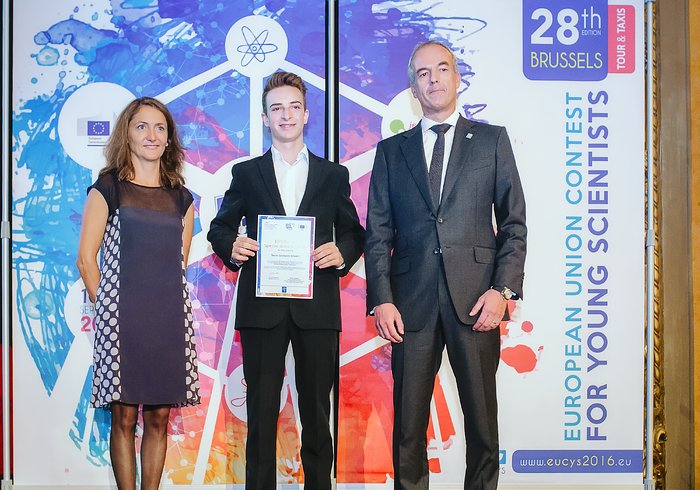 The winner of the ESO special prize for a project in the field of astronomy and space science, awarded as part of the European Union Contest for Young Scientists. Tassilo Schwarz of Germany is awarded a trip to ESO's observatory sites in Chile by ESO's Director for Administration Patrick Geeraert (right). To the left is Jury President Dr Lina Tomasella, an astrophysicist from Italy and former winner of the contest.