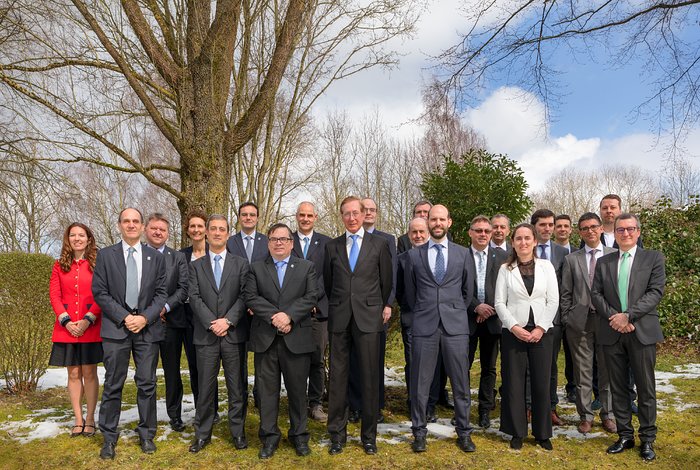 This picture shows members of the teams and distinguished guests from IDOM and ESO after the ceremony, the Consul General of Spain in Munich, Francisco Pascual de la Parte, appears at the centre in the front row.