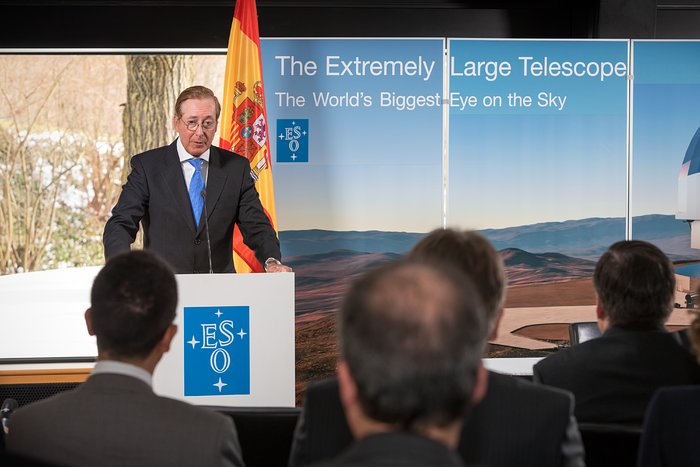 In this picture the Consul General of Spain in Munich, Francisco Pascual de la Parte, addresses the ceremony.