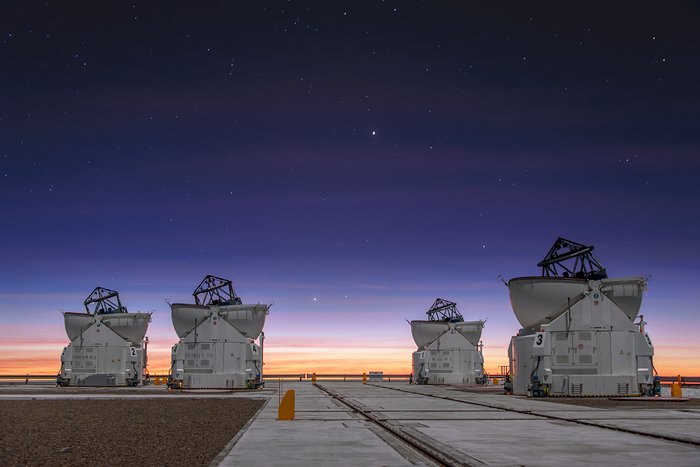 The four 1.8-metre Auxiliary Telescopes (ATs) of ESO’s Very Large Telescope Interferometer have been upgraded with the New Adaptive Optics Module for Interferometry (NAOMI). By using state-of-the-art adaptive optics technology, NAOMI has improved the imaging capabilities of the VLTI to unprecedented levels, giving the VLTI’s powerful scientific instruments such as GRAVITY a clearer view of the Universe than ever.

This image captures the moment of first light for NAOMI, when the four ATs were trained on the star Fomalhaut in the constellation Piscis Austrinus (the Southern Fish).