The North America Nebula and the open star cluster Messier 39 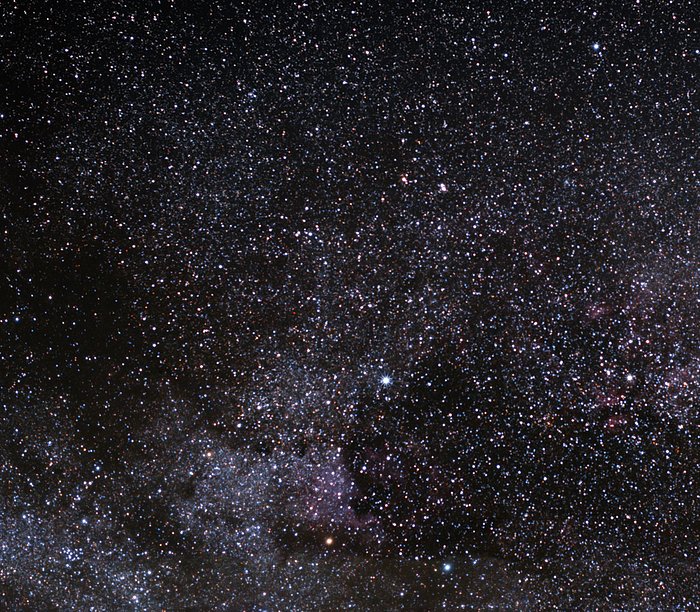 Apart from their coincidental juxtaposition in the constellation of Cygnus (The Swan), these two exceptional objects have little in common.

The North America Nebula’s striking resemblance to the North American continent, including a prominent “Gulf of Mexico”, left astronomers with little choice when naming it. This emission nebula has a reddish appearance when observed through a telescope, due to the hydrogen-rich clouds illuminated by hidden stars. The nebula’s companion, the Pelican Nebula, is part of the same hydrogen cloud, and only separated from it by a lane of obscuring dust.

Located about 1500 light-years away from Earth, the two nebulae measure about 50 light-years across. Sir William Herschel discovered the North America Nebula (also known as NGC 7000) on 24 October 1786, from Slough, in England.

Another famous astronomer, Charles Messier, is credited with cataloguing the open star cluster Messier 39 in 1746. This large, loose open cluster of stars is situated about 800 light-years away. Though the number of recognised stars in this cluster, 30, does not place Messier 39 in the heavyweight category, something else holds astronomers’ attention: its brightest stars are likely approaching their evolutionary red giant phase. Watching them will help in understanding the Sun better, which will reach the same phase in a few billion years. Messier 39 can be seen by the unaided eye under good observing conditions. Messier 39 also appears in the New General Catalogue as entry 7092 (NGC 7092).