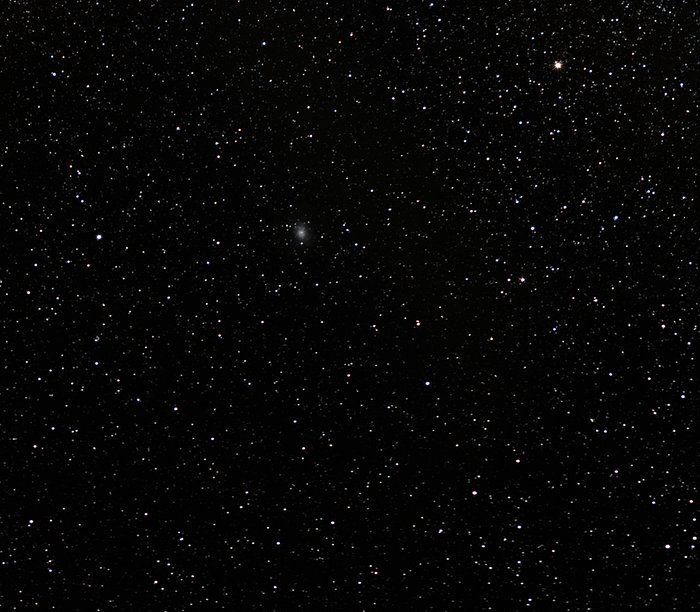 For curious observers, the Triangulum Galaxy serves as an especially interesting target with its hydrogen clouds, reflection nebulae and globular clusters. The giant emission nebula NGC 604, with a diameter of nearly 1,500 light-years, is one of the largest emission nebulae known, stretching over an area of sky 40 times the size of the visible portion of the Orion Nebula. Viewing conditions will only improve with time: the Triangulum Galaxy is approaching our galaxy at a speed of about 100,000 kilometres per hour.

On the night of 25 August 1764, Charles Messier, the famous French comet hunter, noted this object and registered it as the number 33 in his catalogue (Messier 33). However, the Triangulum Galaxy was probably first documented by Italian astronomer Giovanni Battista Hodierna before 1654.

On an extremely clear, dark night from a perfect site, this galaxy is just visible with the unaided eye. As it is located at about 3 million light-years from us, Messier 33 is the most distant celestial object visible without any instrument.