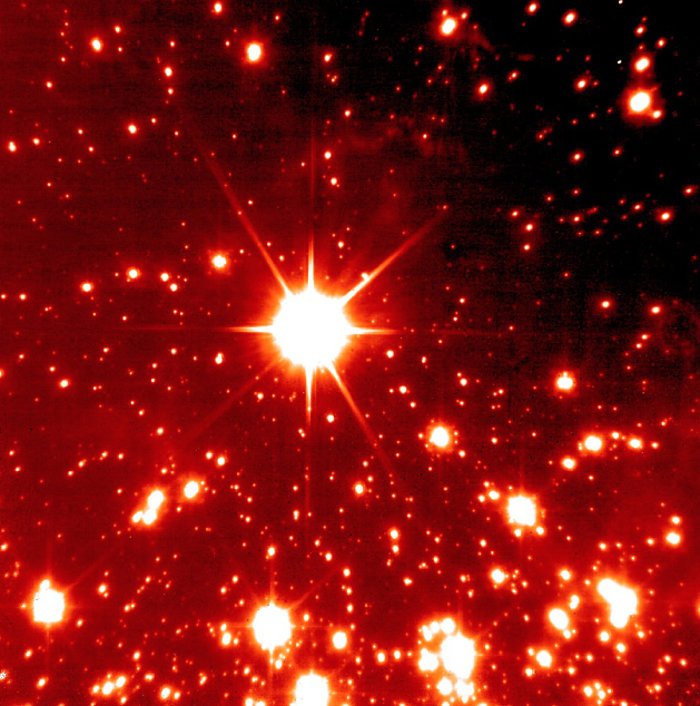 This image displays a NAOS-CONICA image of the starburst cluster NGC 3603, obtained during the second night of NAOS-CONICA operation. The sky region shown is some 20 arcsec to the North of the centre of the cluster. NAOS was compensating atmospheric disturbances by analyzing light from the central star with its visual wavefront sensor, while CONICA was observing in the K-band. The image is nearly diffraction-limited and has a Full-Width-Half-Maximum (FWHM) diameter of 0.07 arcsec, with a central Strehl ratio of 56% (a measure of the degree of concentration of the light). The exposure lasted 300 seconds. North is up and East is left. The field measures 27 x 27 arcsec.