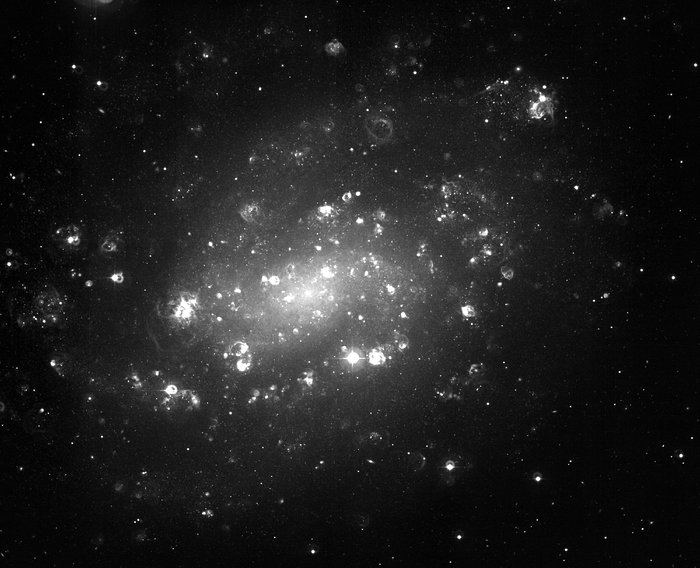 NGC 300, as seen through a narrow optical filter (H-alpha) in the red light of hydrogen atoms. A population of intrinsically bright and young stars turned "on" just a few million years ago. Their radiation and strong stellar winds have shaped many of the clouds of ionized hydrogen gas ("HII shells") seen in this photo. The "rings" near some of the bright stars are caused by internal reflections in the telescope.