Spectrum of a meteor (FORS1/VLT) 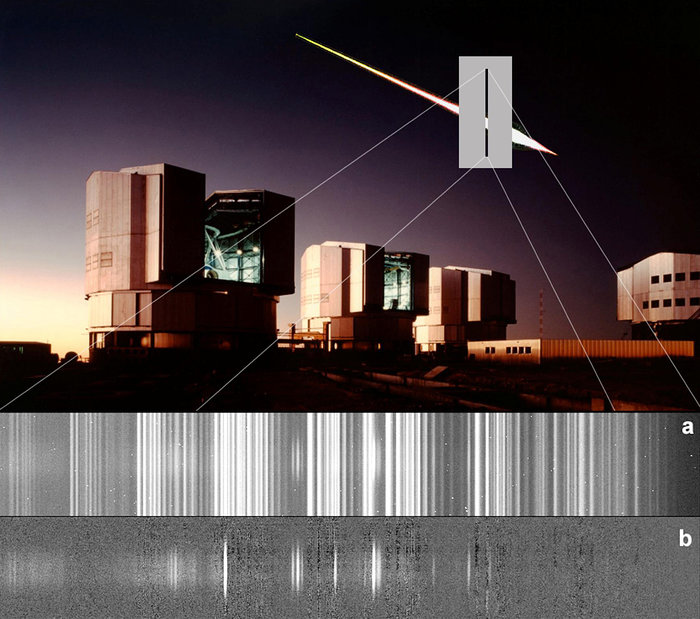 Spectrum of a bright meteor, as observed serendipitously by the multi-mode FORS 1 instrument on the ESO Very Large Telescope during the night of May 12-13, 2002, in front of a photo of the VLT enclosures and with a meteor trail inserted in the sky (montage). The position of the meteor trail on the narrow slit of FORS (not to scale) is also indicated. The lower panel shows the spectrum of the meteor, following removal of the supernova spectrum and before (up) and after (down) removal of the spectrum of the night sky by image processing. Several emission lines from colliding Oxygen and Nitrogen atoms (sharp emissions) and molecules (broad emissions) are visible.