SINFONI observations of the Circinus galaxy 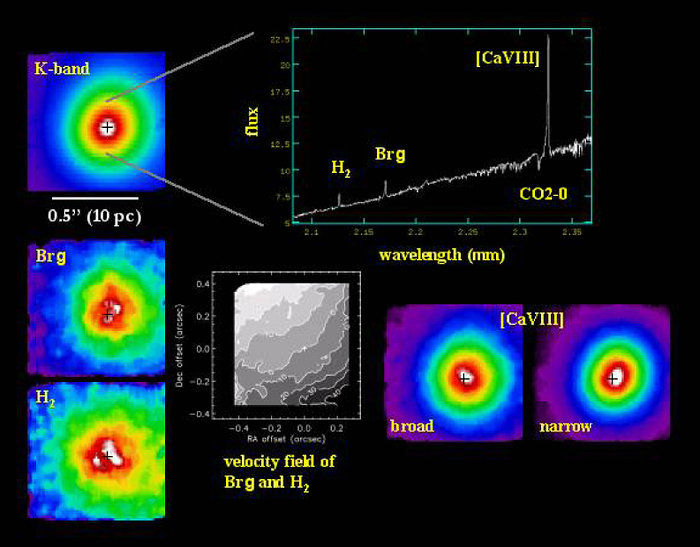 The Circinus galaxy - one of the nearest galaxies with an active centre (AGN) - was observed in the K-band (wavelength 2 µm) using the nucleus to guide the SINFONI AO Module. The seeing was 0.5 arcsec and the width of each slitlet 0.025 arcsec; the total integration time on the galaxy was 40 min. At the top is a K-band image of the central arcsec of the galaxy (left insert) and a K-band spectrum of the nucleus (right). In the lower half are images (left) in the light of ionised hydrogen (the Brackett-gamma line) and molecular hydrogen lines (H2), together with their combined rotation curve (middle), as well as images of the broad and narrow components of the high excitation [Ca VIII] spectral line (right). The false-colours in the images represent regions of different surface brightness.