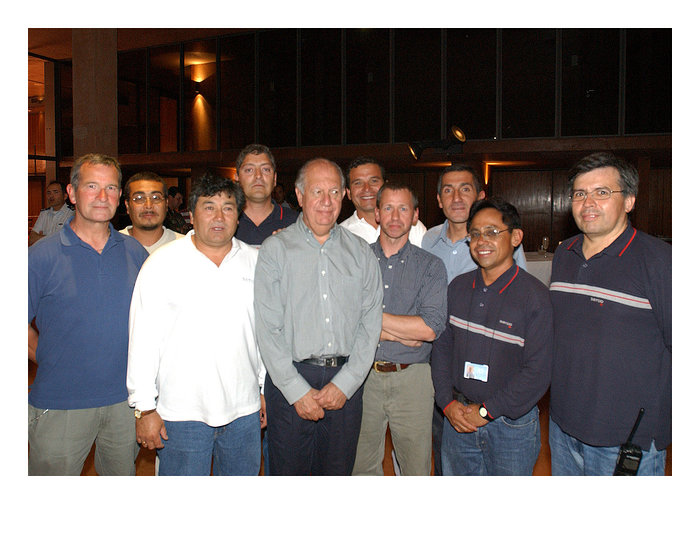 President Lagos with some ESO staff members in the Paranal Residencia. This image was taken during a visit of Ricardo Lagos to the Paranal Observatory in December 2004. Ricardo Lagos was the President of the Republic of Chile from 2000 until 2006.