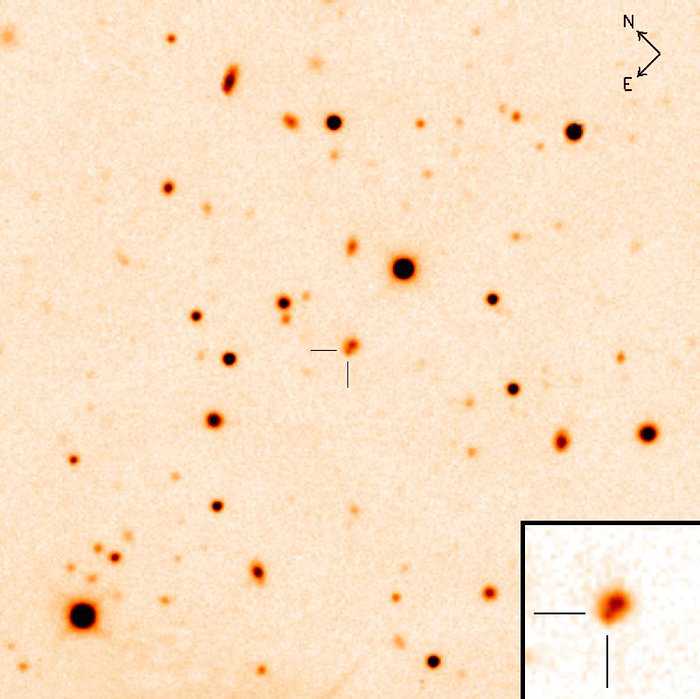 First image in the visible (more precisely here, in the so-called R-band) of a short gamma-ray burst. The image was taken with the Danish 1.5-m telescope and the DFOSC camera at La Silla on 11 July 2005. It shows the gamma-ray burst to be situated on the edge of a low-redshift galaxy.