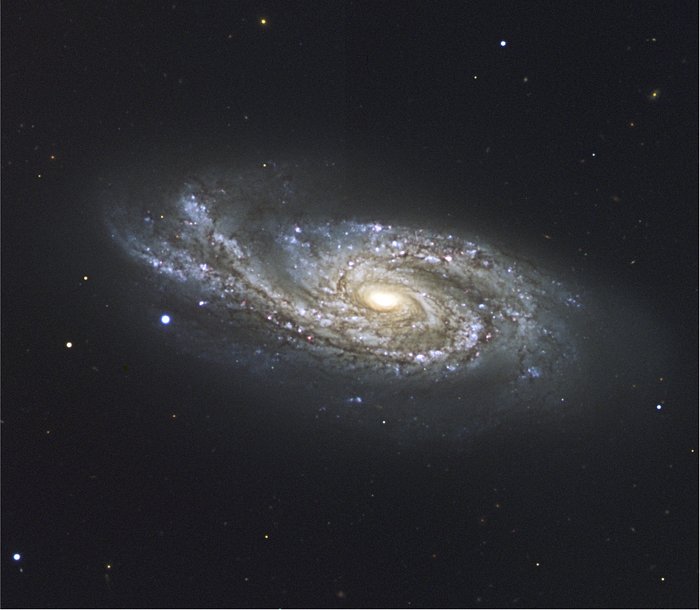 NGC 908, located 65 million light-years towards the constellation of Cetus (the Whale). This spiral galaxy, discovered in 1786 by William Herschel, is a so-called starburst galaxy, that is, a galaxy undergoing a phase where it spawns stars at a frantic rate. Clusters of young and massive stars can be seen in the spiral arms. Two supernovae, the explosions of massive stars, have been recorded in the near past: one in 1994 and another in May of this year. The galaxy, which is about 75 000 light-years long, also clearly presents uneven and thick spiral arms, the one on the left appearing to go upwards, forming a kind of ribbon. These properties indicate that NGC 908 most probably suffered a close encounter with another galaxy, even though none is visible at present.Data obtained with FORS2 on ESO's Very Large Telescope in the night of 13 to 14 August 2000, using images through B, V, and R filters, for a total exposure time of 4 minutes only. North is up and East is to the left. The data were extracted from the ESO Science Archive and further processed by Henri Boffin (ESO).