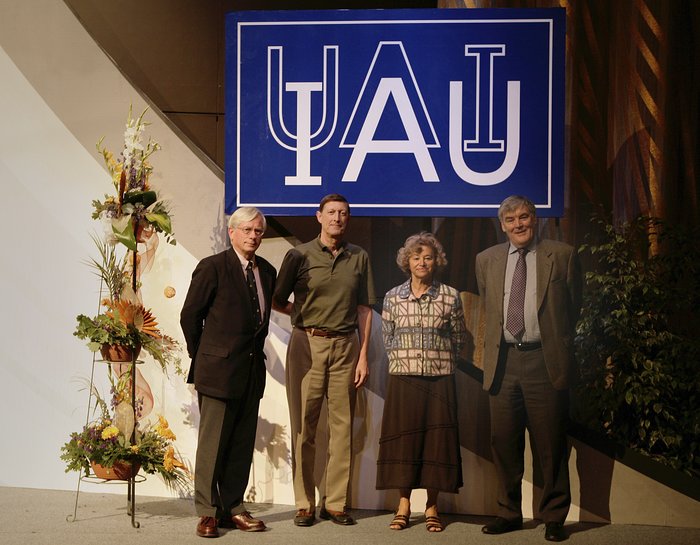 The General Assembly of the International Astronomical Union (IAU), meeting in Prague (Czech Republic), has elected the ESO Director General, Dr. Catherine Cesarsky, as President for a three-year period (2006-2009). The IAU is a body of distinguished professional astronomers, founded in 1919 to promote and safeguard the science of astronomy in all its aspects through international cooperation. It now has almost 10 000 individual members drawn from all continents. Dr. Cesarsky is the first woman to receive this high distinction. At the same General Assembly, Dr. Ian Corbett, ESO's Deputy Director General, was elected Assistant General Secretary for 2006-2009, with the expectation of becoming General Secretary in 2009-2012.From left to right: Prof. Karel A. van der Hucht of SRON, Netherlands, new IAU General Secretary, Dr. Robert Williams of the Space Telescope Science Institute, new President-Elect, Dr. Catherine Cesarsky, ESO Director General and new President, and Dr. Ian Corbett (ESO), new Assistant General Secretary.