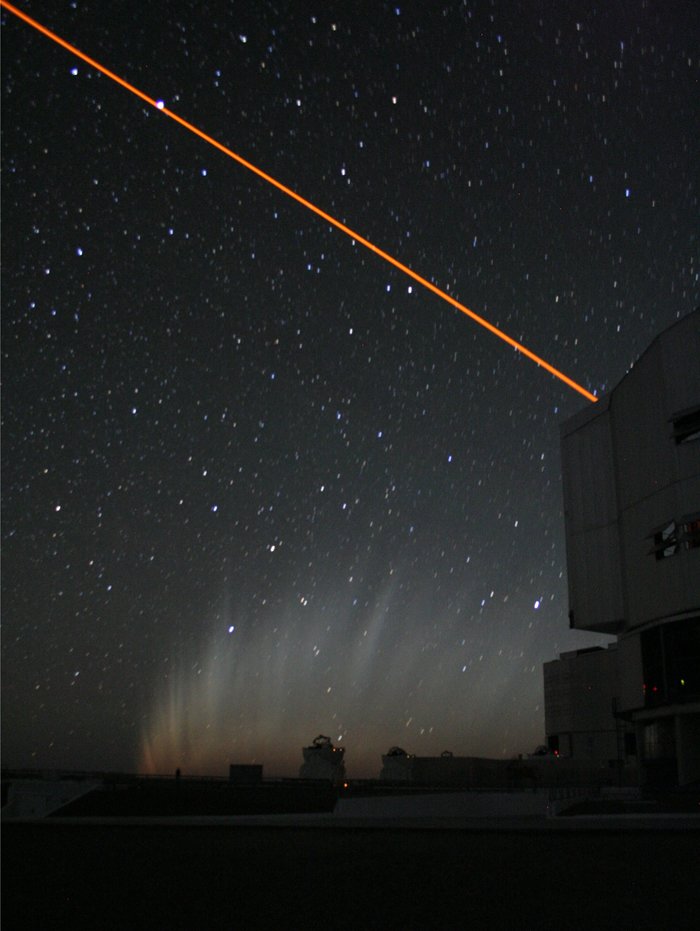 Photograph of the comet tail from Paranal, after the comet itself had set, with the laser guide star system above Yepun (Unit Telescope 4) in the foreground. The laser is used to produce a fake 'star' on the sky to allow the changing atmosphere to be corrected. It works by making sodium atoms high in the atmosphere glow - these atoms may have originally come from comets like McNaught. Photo by Emmanuel Jehin, ESO