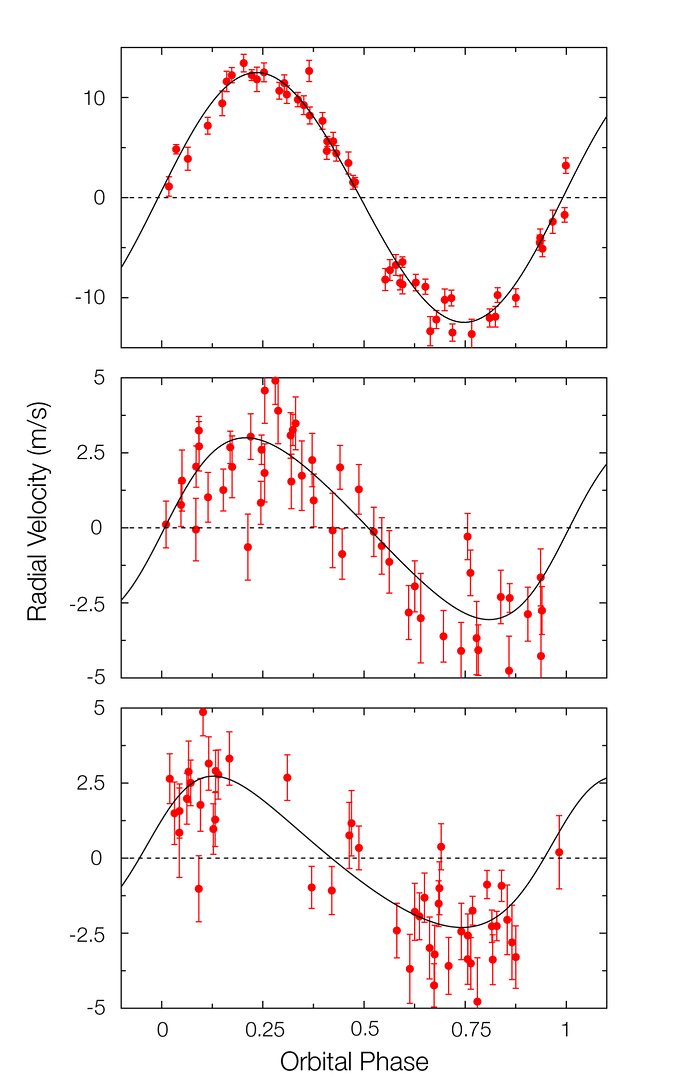 Three-planet Keplerian model of the Gliese 581 radial-velocity variations. The panels display the phase-folded curve of each of the planets, with points representing the observed radial velocities, after removing the effect of the other planets. Top panel refers to the 15 Earth-mass planet orbiting close to the star (5-d period), the middle one is the 5 Earth-mass planet in the habitable zone and the lower panel shows evidence for a third, 8 Earth-mass planet with a period of 84 days. The error on one measurement is of the order of 1 m/s.