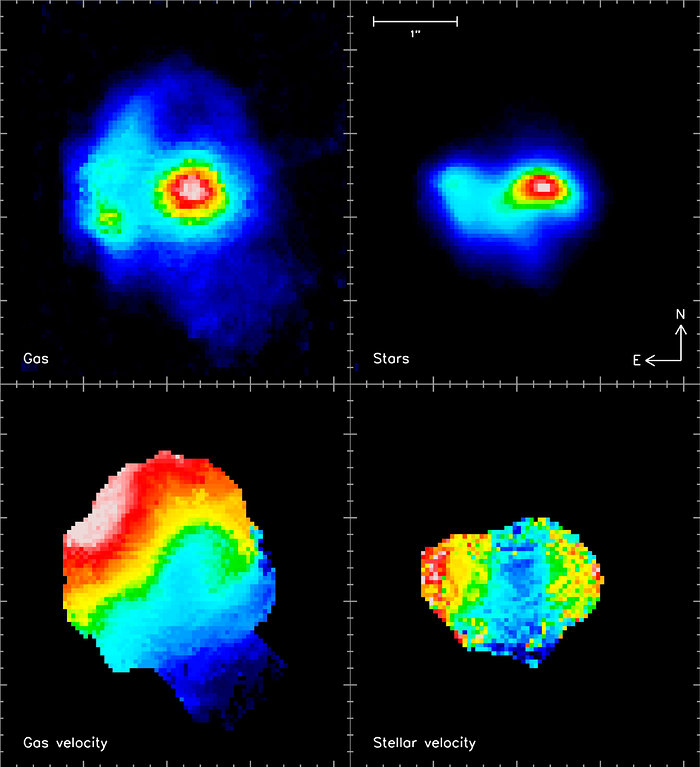 In this galaxy the nuclei are much closer and cannot be distinguished without high spatial resolution. This was a challenging galaxy to observe because it is very difficult to perform the corrections. Nevertheless, a resolution comparable to the Hubble Space Telescope was achieved, i.e. 0.2 second of arc. It reveals for the first time the motion of the stars in this system, showing that there are two counter-rotating discs of stars. These are the nuclei of the progenitor galaxies. In contrast, the motion of the gas is dominated by a larger scale disc, formed from the leftover gas in the discs of the progenitors. The rotation of this gas is governed by the geometry of the interaction, and so is different to that of the stars in the progenitor nuclei. The four images show (from left to right and from top to bottom) : the distribution of the molecular gas, the stellar light, the velocity of the gas, and the velocity of the stars. For the velocity maps, the blue and red colours indicate motion towards us and away from us respectively.