Shooting a laser at the galactic centre * 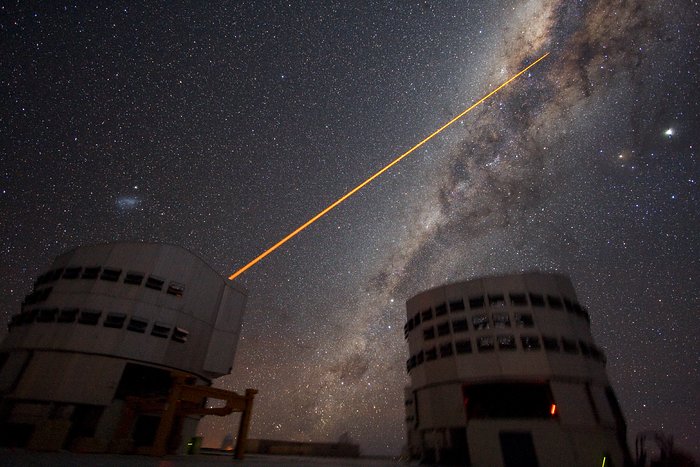 The sky above Paranal on 21 July 2007. Two 8.2-m telescopes of ESO's VLT are seen against the wonderful backdrop of the myriad of stars and dust that makes the Milky Way. Just above Yepun, Unit Telescope number 4, the Small Magellanic Cloud - a satellite galaxy of the Milky Way - is shining. A laser beam is coming out of Yepun, aiming at the Galactic Centre. It is used to obtain images that are free from the blurring effect of the atmosphere. On this image, the laser beam looks slightly artificial. This is a side effect due to saturation caused by the long exposure time. Planet Jupiter is seen as the brightest object on the upper right, next to the star Antares. Image taken by ESO astronomer Yuri Beletsky.