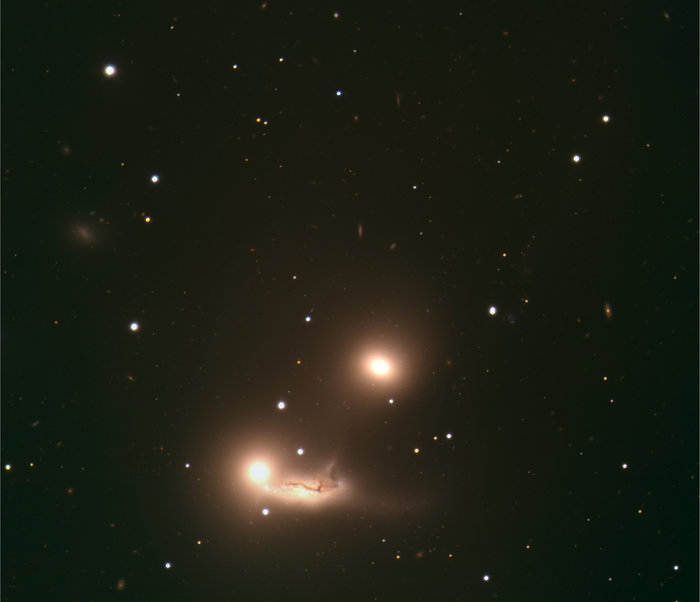 Colour-composite image of the triplet of galaxies, catalogued as NGC 7173 (top), 7174 (bottom right) and 7176 (bottom left), and located 106 million light-years away towards the constellation of Piscis Austrinus (the 'Southern Fish'). This triplet of galaxies makes up part of the Hickson Compact Group HCG 90.

NGC 7173 and 7176 are elliptical galaxies, while NGC 7174 is a spiral galaxy with quite disturbed dust lanes and a long, twisted tail. This seems to indicate that the two lower galaxies - whose combined shape bears some resemblance to that of a sleeping baby - are currently interacting. Astronomers have suggested that the three galaxies will finally merge.

The size of the image is about 5.3 arcminutes. The image is based on data obtained with the VLT FORS1 instrument on ESO's Very Large Telescope through three different filters, B, V, and R. The data were extracted from the ESO Science Archive and fully processed by Henri Boffin (ESO).