The Taurus and Horologium constellations 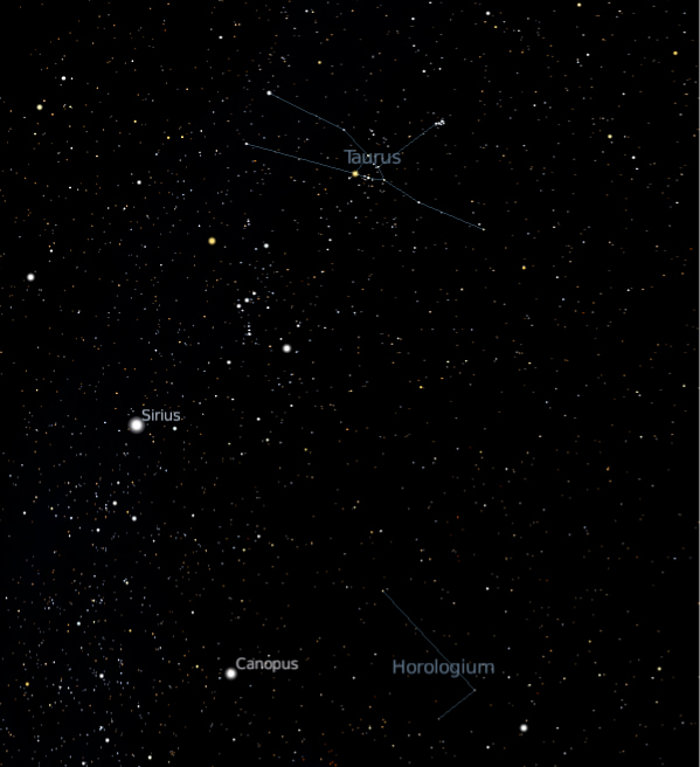 From their HARPS observations on the ESO 3.6-metre telescope at La Silla, astronomers infer that the star Iota Horologii (located as it name suggests towards the Horologium constellation) must have drifted from the Hyades cluster where it formed. The Hyades cluster is located towards the inner triangle of the Taurus constellation. The star is thus more than 130 light-years away from its original birthplace. This is an important result to understand how stars move on the galactic highways of the Milky Way.