The Circinus Galaxy and the position of SN 1996cr 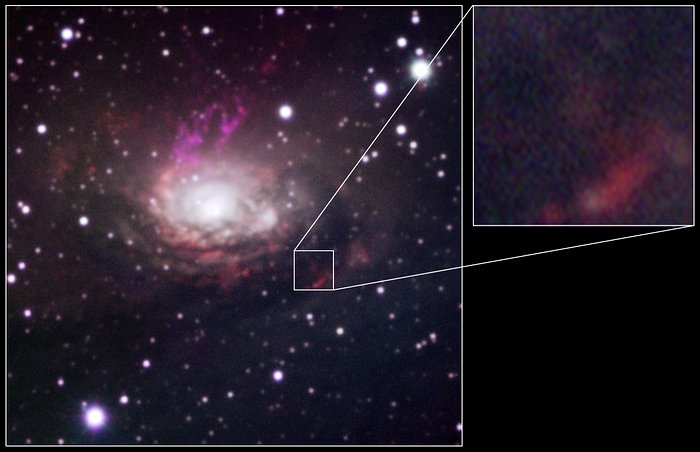 The SuSI New Technology Telescope image as shown in eso0832b is shown again with a blow-up of the location of SN 1996cr. The data obtained in April 1994 of the supernova is not yet visible in this image. However, a small, powerful region of ionised gas is apparent and may be linked with the wind from the star that exploded.