The star T Leporis as seen with VLTI 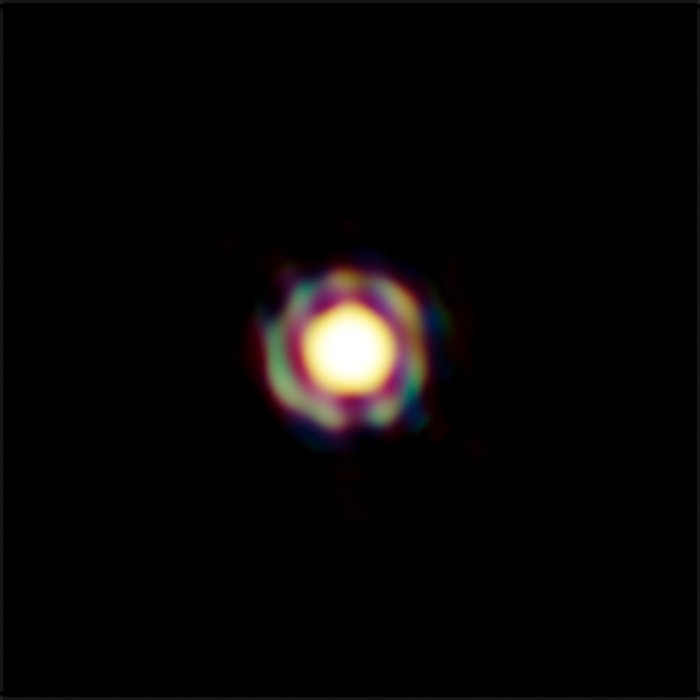 This image from ESO’s Very Large Telescope Interferometer is one of the sharpest colour images ever made. It shows the Mira-like star T Leporis in great detail. The central disc is the surface of the star, which is surrounded by a spherical shell of molecular material expelled from the star. In order to appreciate the feat of such measurement, one should realize that the star appears, on the sky, as small as a two-storey house on the Moon. The resolution of the image is about 4 milli-arcseconds.
In this image, obtained by combining hundreds of interferometric measurements, the blue channel includes infrared light from 1.4 to 1.6 micrometres, the green, from 1.6 to 1.75 micrometres, and the red, from 1.75 to 1.9 micrometres. In the green channel, the molecular envelope is thinner, and appears as a thin ring around the star.