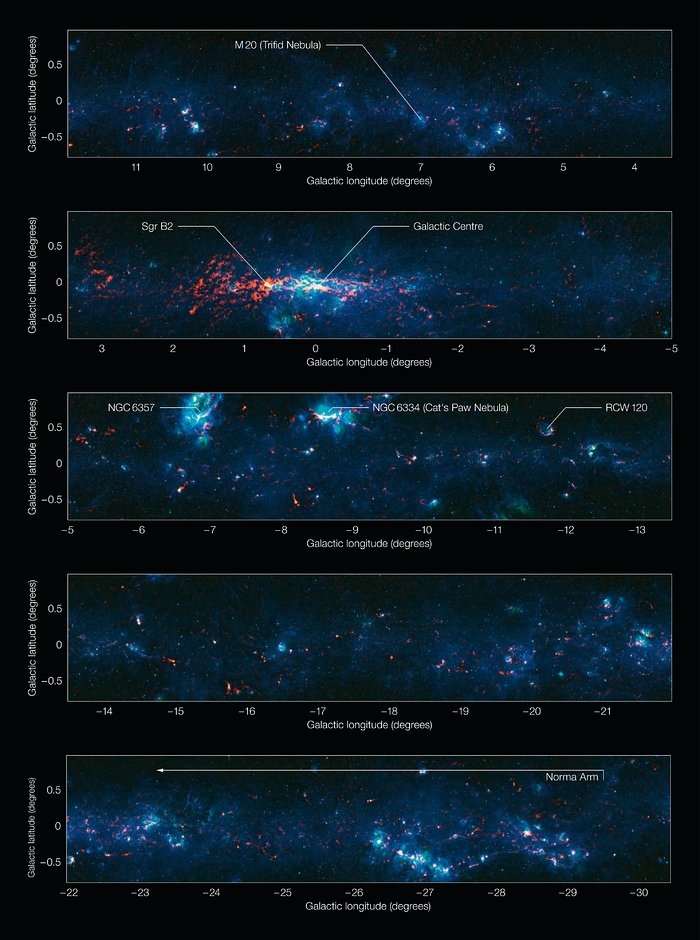 Colour-composite annotated image of part of the Galactic Plane seen by the ATLASGAL survey, divided into sections. In this image, the ATLASGAL submillimetre-wavelength data are shown in red, overlaid on a view of the region in infrared light, from the Midcourse Space Experiment (MSX) in green and blue. The total size of the image is approximately 42 degrees by 1.75 degrees.

Some of the most prominent features visible in the image are (from left to right, top to bottom):

This image in full-resolution (TIF format, 46 MB) is available on this link.