A plume on Betelgeuse (artist’s impression) 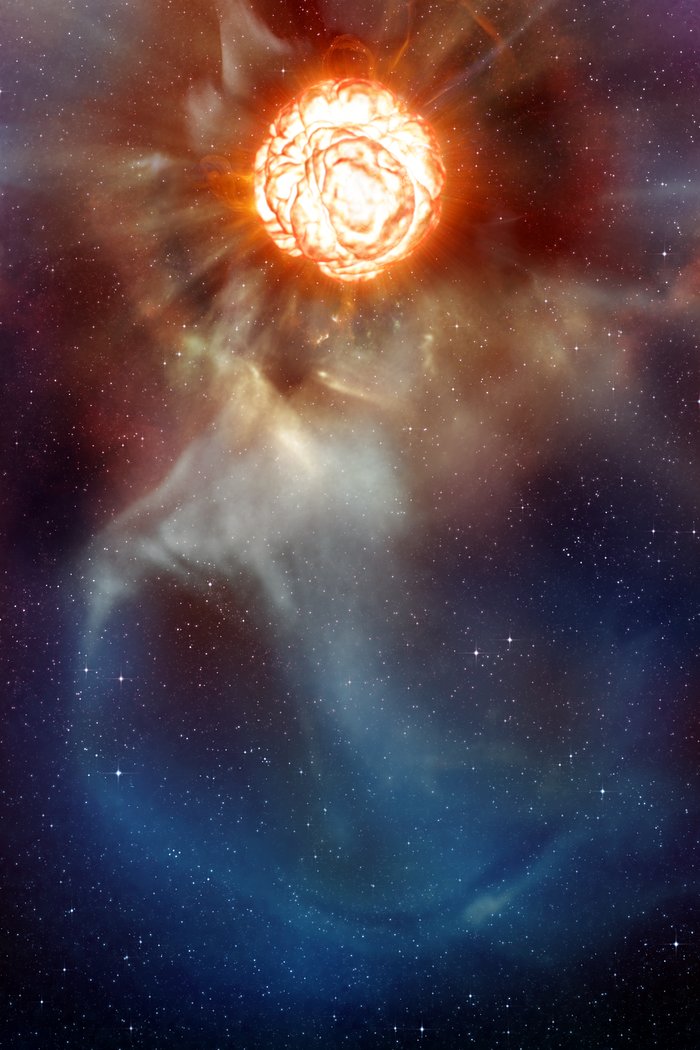 This artist’s impression shows the supergiant star Betelgeuse as it was revealed thanks to different state-of-the-art techniques on ESO’s Very Large Telescope (VLT), which allowed two independent teams of astronomers to obtain the sharpest ever views of the supergiant star Betelgeuse. They show that the star has a vast plume of gas almost as large as our Solar System and a gigantic bubble boiling on its surface. These discoveries provide important clues to help explain how these mammoths shed material at such a tremendous rate.