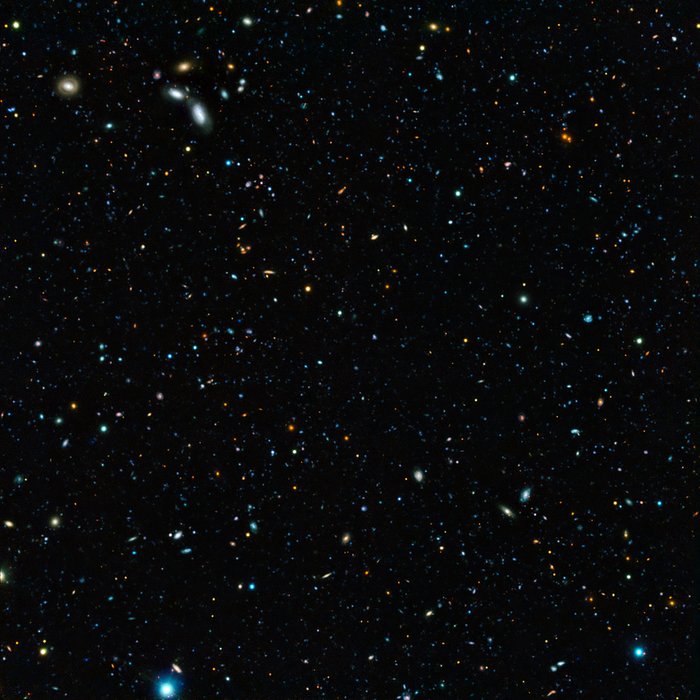 This composite image of the GOODS-South field — the result of an extremely deep survey using two of the four giant 8.2-metre telescopes composing ESO’s Very Large Telescope (VLT) and a unique custom-built filter — shows some of the faintest galaxies ever seen. It also allows astronomers to determine that 90% of galaxies whose light took 10 billion years to reach us have gone undiscovered.

The image is based on data acquired with the FORS and HAWK-I instruments on the VLT. It shows in particular two varieties of light emitted by excited hydrogen atoms, known as Lyman-alpha and H-alpha.