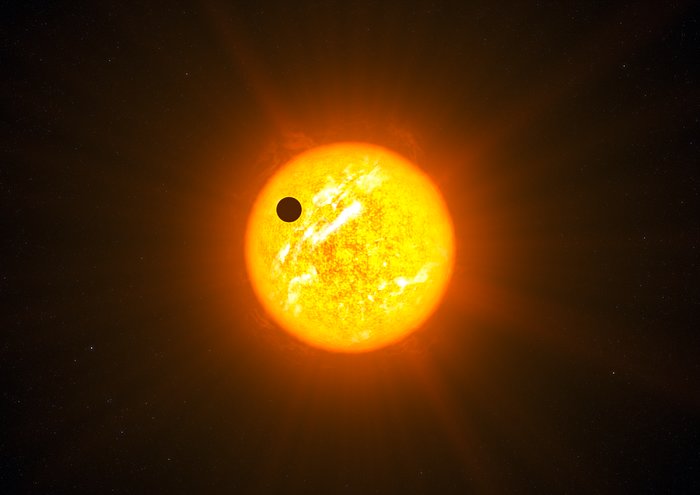 Up to now it was expected that exoplanets would all orbit in more or less the same plane, and that they would move along their orbits in the same direction as the star’s rotation — as they do in our Solar System. However, new results unexpectedly show that many exoplanets actually orbit at a large angle to their star’s spin axis. In the case shown here (WASP 8b) the orbit is completely reversed, or retrograde.