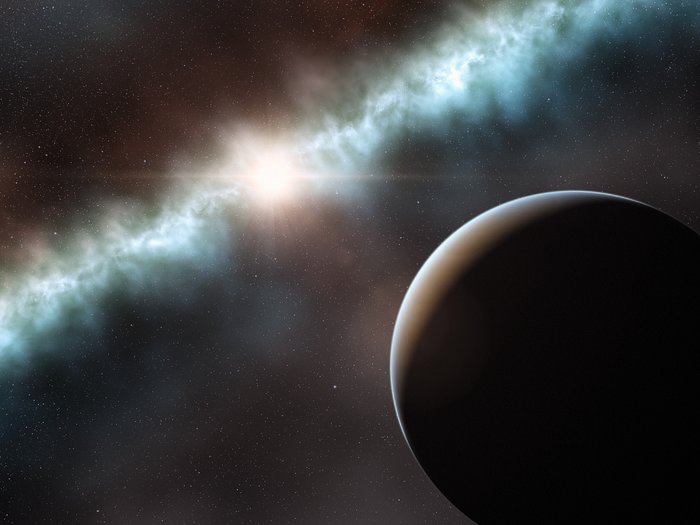 This artist’s impression shows the disc around the young star T Cha. Using ESO’s Very Large Telescope this disc has been found to be in two parts, a narrow ring close to the star and the remainder of the disc material much further out. A companion object, seen in the foreground, has been detected in the gap in the disc that may be either a brown dwarf or a large planet. The inner dust disc is lost in the glare of the star on this picture.