The coolest pair of brown dwarfs 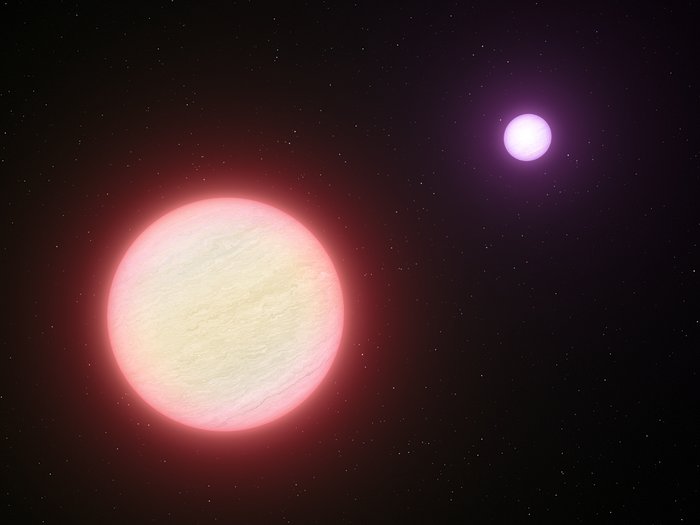 This artist’s impression shows the pair of brown dwarfs named CFBDSIR 1458+10. Observations with ESO’s Very Large Telescope and two other telescopes have shown that this pair is the coolest pair of brown dwarfs found so far. The colder of the two components (shown in the background) is a candidate for the brown dwarf with the lowest temperature ever found — the surface temperature is similar to that of a cup of freshly made tea. The two components are both about the same size as the planet Jupiter.