Presidents of Chile, Colombia, and Mexico with representatives of ESO inside the VLT 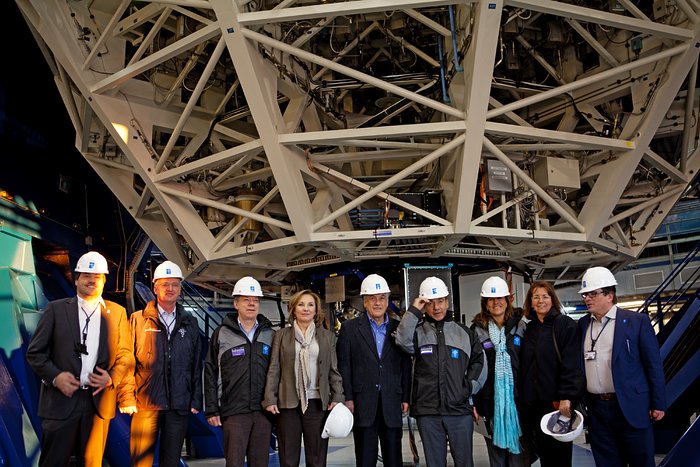 The Presidents of Chile, Colombia, and Mexico with representatives of ESO inside the Very Large Telescope’s Unit Telescope 2 (Kueyen) on Cerro Paranal, seeing first hand the state-of-the-art telescopes and technology of ESO’s flagship site. The Presidents, as well as the President of Peru, were at the Paranal Observatory for the fourth Summit of the Pacific Alliance, at which the Alliance’s Framework Agreement was ratified, on 6 June 2012.