Artist’s impression of a vampire star and its victim 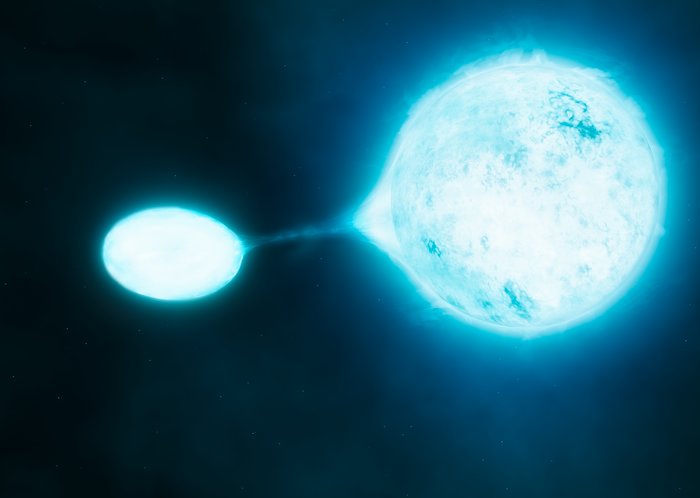 New research using data from ESO’s Very Large Telescope has revealed that the hottest and brightest stars, which are known as O stars, are often found in close pairs. Many of such binaries transfer mass from one star to another, a kind of stellar vampirism depicted in this artist’s impression.