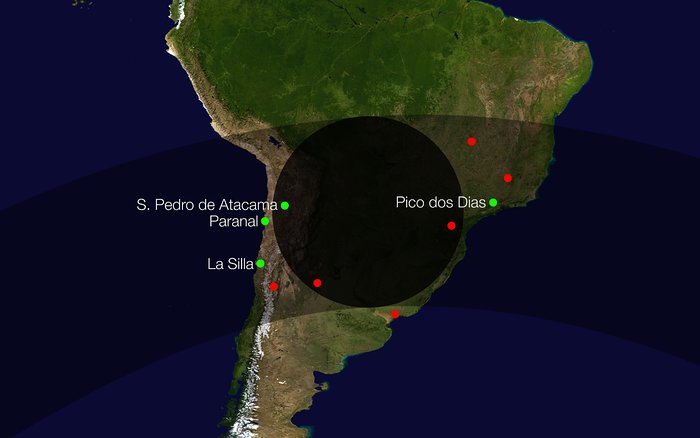 This diagram shows the path of the shadow of the dwarf planet Makemake during an occultation of a faint star in April 2011. Several sites in South America, including ESO’s La Silla and Paranal Observatories, saw the star disappear briefly as its light was blocked by Makemake. This dwarf planet is about two thirds of the size of Pluto, and travels around the Sun in a distant path that lies beyond that of Pluto, but closer to the Sun than Eris, the most massive known dwarf planet in the Solar System. Makemake was expected to have an atmosphere like Pluto, but the new occultation data show that this is not the case. Note: the actual shape of the shadow on Earth will not be exactly round as shown here. This diagram is to illustrate the phenomenon.